SHAME ON ME!  I can not believe that I have allowed so many days to pass and I haven't told you about my experience on February 28, 2011.  This was the day that I had an opportunity to attend a live recording of my favorite gospel singer of all times, Lashun Pace.

It was not the best of days on that night because it was raining very badly in Atlanta but of course I trucked on!  (Only way I would have missed this night was if Jesus came back for me!)  So despite the horrible weather, we made our way down to Barnesville, Georgia, for a good time.  (Actually, I didn't even know where Barnesville was but a great time I had!)

Once we arrived at the church, the attendants instructed us where to park our cars.  Thankfully, I was there early (which I'm rarely early to anything...nor on time for that matter).

We entered the church and I began searching for a place to sit.  Once I decided that I wanted to sit in an aisle seat, I sat down and began to prepare myself for what was about to take place.  Everything was pretty calm as the people continued to come into the building.  Then, to my right I saw a very familiar face, dressed in a gray skirt suit walk by.  It was none other than the talented Duranice Pace, one of Lashun's many talented sisters.

She stopped to talk to a few people that she seemed to be acquainted with, as she walked in the direction of her seat.  The noise of the crowd was at a very small roar when Duranice says,  "Y'all ready to have church?"  (With a voice like her's she could have been thinking the words and we still would have heard it!  I can only wish my voice was as powerful!)  Of course the church responded and then she moved to her seat near the front of the church.

From then, until the time that the recording started, I don't really remember much.  So much was going through my head, so much excitement, so much anxiety.  Can I be honest?  I wanted to cry!  Yes, I'm a cry baby!  SO WHAT!  The excitement went way back to my days of being a child. 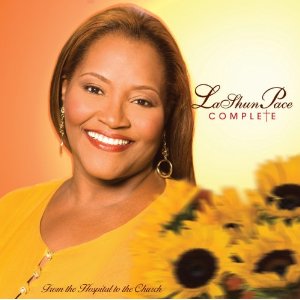 LET'S GO BACK FOR A MOMENT........When my mother gave her life to the Lord, I was probably about eleven or twelve, and thereafter, we started attending church.  Since my mom was a young Christian at the time, one of the ladies at the church gave her some music to listen to......you already know that one of the artists was The Anointed Pace Sisters.... When I heard these ladies sing, you would not believe the feeling that flowed through me!  It was like angels were singing.  I wasn't used to gospel music other than quartet music, but I loved it!  I definitely loved how they would blend their voices so perfectly, to sound as one voice and accompany one another in a worship ad lib at the end of the songs.  I had never heard anything like it!   So once I heard this sound, and this great music, I wanted to sing!  So what did I do?  I volunteered to sing a song at our annual Children's Day at church.  I sang "The Shepherd's Song" by the Mississippi Children's Mass Choir.  I was so nervous that I couldn't look at people as I sang, so I turned my back to the congregation and sang the entire song!  (Poor Baby!)

HOLD ON I'M GETTING THERE!  After my first solo, I decided to pull my sister into it....I guess I was trying to start my own group now!  My sister (who was only about 7 years old) and I would sing some of my favorite Pace Sisters' songs such as, "Jesus Be A Fence", "My Purpose", and "Safety Zone"

BACK TO THE RECORDING:   As time drew closer, for the recording to begin, I remember going so deep into my memories of a child that I started to pray and thank the Lord for allowing me to be here.  Then, I started praying for the entire Pace family because this family had played a major role in my family's life through their music.  Then I started praying for Lashun specifically.  (You may not understand where I was at that moment but Lashun was the lady that sang me through my childhood, teenage years, and military years.  I remember being a little boy going through issues with other kids at school and I would imagine that Lashun was my aunt, and she would sing to me! I knew she was not really my aunt but my "aunt" really knew exactly how to usher me into prayer to the Lord!)

In the midst of all this, I recall seeing some of the other Pace Sisters making it to their seats.  I remember gospel singer, Ted Winn, best known from the duet Ted and Sherri, entering the church. ( I can't remember if it was before it began or once it had started, because by now I was zoned!)  And lastly I remember gospel singer, Dewayne Woods, entering the church.  Dewayne is best known for his song "Let Go, Let God". 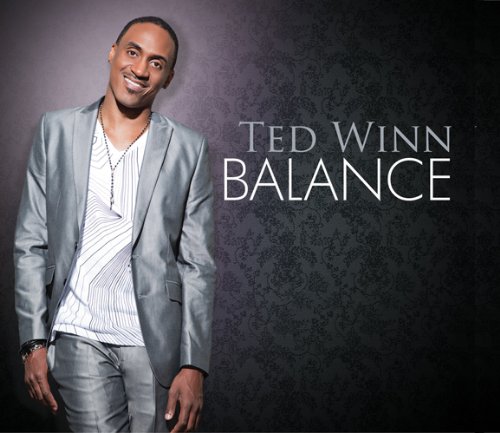 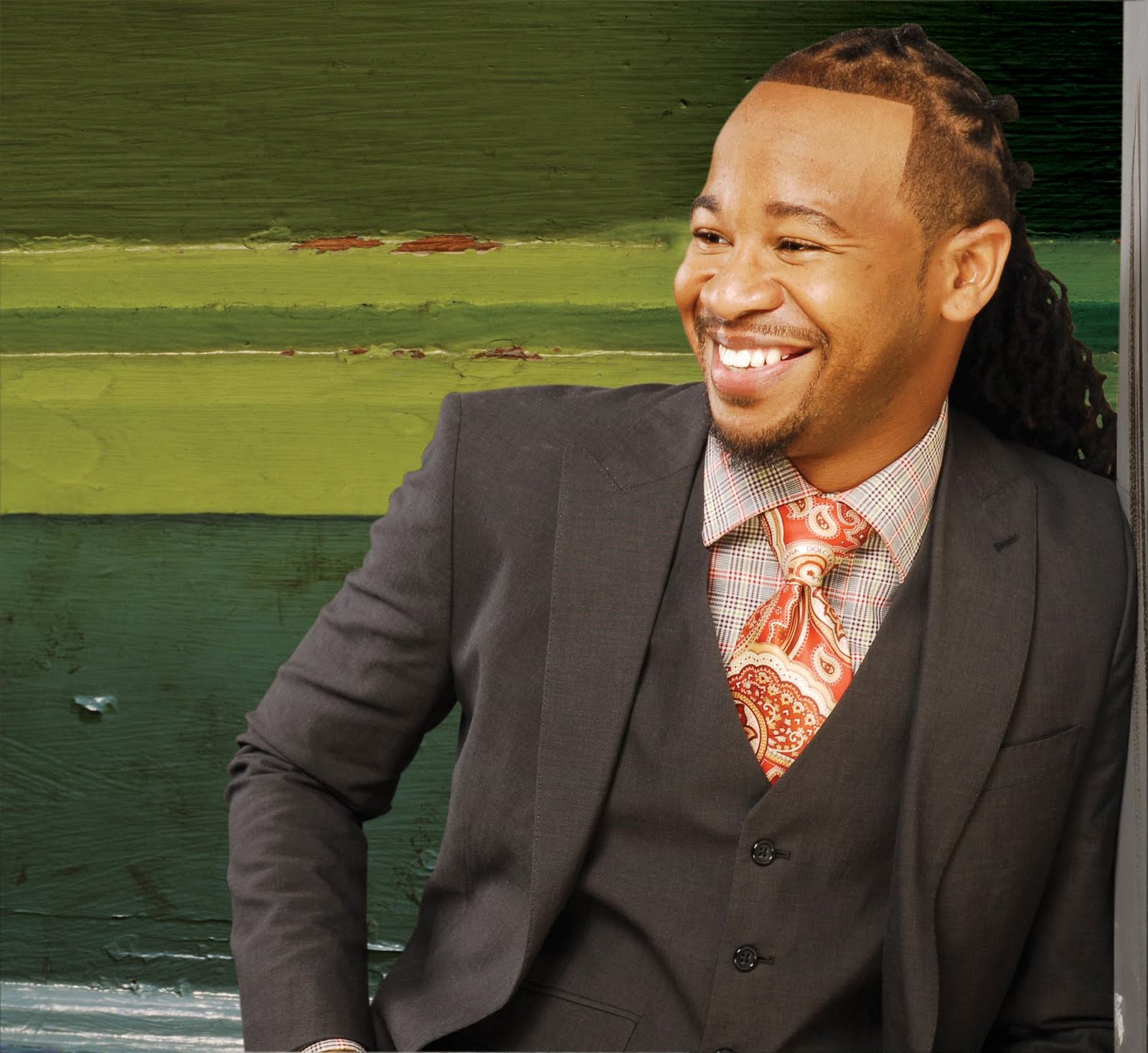 Once the recording began, Lydia Pace opened with beautiful and powerful words (I forgot who she said wrote it), that reflected on the past songs of Lashun and described the essence of the Lashun Pace that we have always loved and will continue to love.  Thereafter, Lashun was front and center!

Lashun stood there with such grace, beauty, humbleness, strength, and anointing!  I couldn't do anything but clap and stare!  She spoke to the audience for a moment and then it began,  Lashun Pace- "Reborn" Everything was great, the Lord definitely blessed and Lashun encouraged my heart once more like only "Auntie Lashun" can do........And when she did her signature "holla", I could have jumped out of my skin.  I remember telling my friend that was there with me, "...now that's the Lashun I remember!"

That was such a great night! 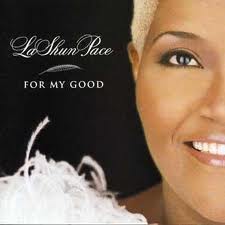 When We Speak TV would like to congratulate Lashun Pace on her new cd and we encourage everyone to support her music as well as, all the gospel artists that have served so faithfully to spread the word of the Lord through this nation.

God bless you Tarrian Lashun Pace-Holmes......God is going to continue to elavate you!

Reply Chastity Solomon
12:52 PM on March 15, 2011
I really enjoyed this article . The pace sisters are very much blessed. I remember with Lashun came to my church Berean Christain Center to perform it was awesome .

Reply Jermaine Sain
9:53 AM on May 16, 2014
Please also check out our interview with LaShun Pace:
https://www.youtube.com/watch?v=WMESpFuF9uE