Although I was born and raised in the "Volunteer State" I never volunteer for anything. The only thing I can remember volunteering for was the Army, and as soon as my time was done...I got out! However, this year, in October, I had a strong urge to volunteer with the AIDS Walk in Atlanta. Since I had never volunteered, I really didn't know what to expect but I decided to check it out. Since it was my first time, I decided to bring along two friends of mine for support. Actually I didn't give them much of an option! Thankfully for me, they were up to it. 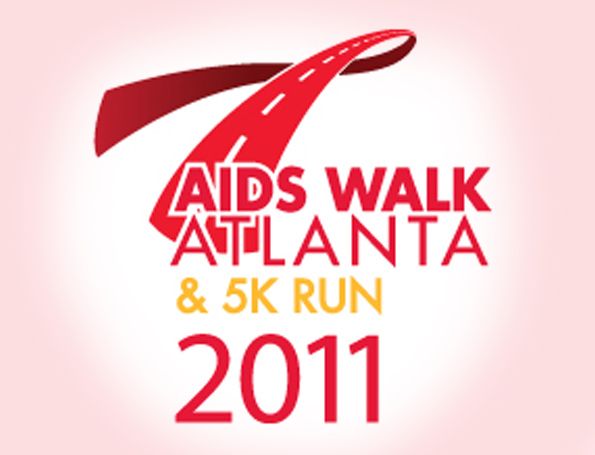 We volunteered for set up which was taking place on the day of the walk. I really wanted to be one of the Route Monitors so I could pass out water and cheer as people walked by....you know, I wanted to be a motivator....... but because of the time of the walk, I wouldn't be able to attend the actual walk. So that morning I woke up, got dressed, and headed down to Piedmont Park. It was fairly cold that day but I decided to wear shorts because I knew that it would warm up later in the day. However, I did wear a jacket also.

We signed in and waited for instructions on what needed to be done. My friends decided to walk around a little and look at the rising sun. I decided to be a morning grouch and stay where I was. Little did I know that because of that, I would get separated from the group. While they were over there gazing at the morning dew, I was swept away on my volunteer team. "Damn, we wanted to stay together" and now I'm all by myself. Little did I know, it was great that they went somewhere different than me.....

The team I was on was in charge of setting up some tents for some of the supporters of the walk, and various other tasks. While I was doing the various tasks it gave me an opportunity to think about the importance of the work I was doing. I didn't have to do much lifting which was great, but I would have done it if I had to. Matter of fact, the heaviest thing I remember lifting was maybe a stack of chairs.

Finally, the dew dries and before I knew it the hours had past and my shift was up. However, my friends were still out. When we finally linked back together, we talked about the different tasks that each of us had and how we were glad that we volunteered. One of my friends, began telling me about a lady that she met named Deb. She told me that Deb does lots of volunteer work and had lost many friends to HIV/AIDS.

Then, she says "You should meet her". I'm a very outgoing guy but I always get nervous at the meeting of people. She then says " I think she would be a very good interview for When We Speak". That's when I decided to put my nerves in my back pocket! She takes me over to meet the lady and we begin to talk. Deb tells me a little about herself and her story, then to my surprise she goes into her bag and pulls out a book....she's also an author! I wasn't aware of that! She pulls out a copy of her book Three Grim Fairy Tales and a Happy Ending and signs it for me. At that moment, I knew that God had sent me to the AIDS Walk for a reason and that it was part of a divine purpose for me to meet Debi Lowry.

After the conversation with Deb was over, we all went to the displays of the AIDS quilts. As I observed the many colors, textures, and designs, I could feel the emotions that were embedded in each one. I never though something such as a quilt would have embodied such power.

Once we had decided to leave Piedmont Park, we all parted ways. I went home to change for a wedding that I was taping. Needless to say, I also reached out to Deb to set up an interview.

Little did I know that we would not only interview but that we would conduct the interview at the place that housed those very quilts which had invoked so much emotion in my heart, The NAMES Project Foundation aka The AIDS Memorial Quilt. It was such a blessing to be afforded the opportunity to come in and learn more about the foundation. After these encounters, I have definitely been motivated and empowered to volunteer more....... Not just for the cause but because of the self worth that you feel inside.....There are no words to describe that feeling!

Categories: People and Blogs, Welcome to the gAyTL, Daily Thoughts