I was watching Divorce Court the other day…However I’m not sure why it’s called “Divorce Court" if most of the people are not married that are on the show…. 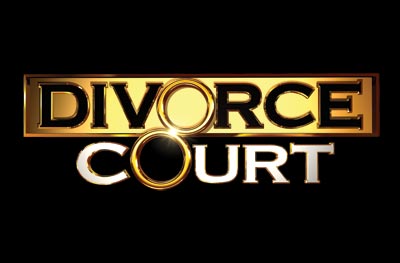 NOT KNOCKING THE SHOW, BECAUSE I ENJOY IT...NOT FOR THE ENTERTAINMENT BUT FOR THE NUGGETS OF RELATIONSHIP KNOWLEDGE .......anyway….My companion and I were sitting at home relaxing and watching Divorce Court, (not sure if it was a rerun or not) but the lady on the show said that she always has a problem with guy cheating or doing things that are suspicious of cheating. So she said that, in order to avoid the cheating thing she decided to introduce him to swinging….she also admits that she also likes women. Therefore, she felt like this would be the best solution for their relationship because then he could be with other women on her terms. (To her it seemed like the perfect solution!) PLEASE! THAT IS DUMB!

She says that they started swinging and hooking up with girls and it was always her initiation. He admits that he never initiated the hook ups only her, but he also says that he was never going to say “no” to the proposal. So time goes on and I guess the “swinging” thing is okay with them, until she feels that he is meeting woman without her. (DO I NEED TO SAY IT AGAIN? DUMB!)

She tells the Judge Lynn Toler about different incidents that led her to believe that he was cheating. Then she says that he “broke the rules”……………OK…that’s enough! That’s all you need to know about the show in order for me to say and ask what I want to say/ask.

As my companion and I watched the show, we started thinking about the whole “open relationship” thing.. (NOT FOR US OF COURSE…I’M NOT DOWN WITH THAT..I DON’T BELIEVING IN SHARING!) Well…unless…..FORGET IT! (I’LL COME BACK TO THAT STATEMENT).

What do you think? Have you ever had an open relationship that has brought you and the other person closer together? Or did it make matters worse? Or did you find that you or the other person preferred always having another person in the mix?

OK…NOW IT’S TIME TO REVISIT MY STATEMENT ABOVE THAT I SAID I’D GET BACK TO:

“As my companion and I watched the show, we started thinking about the whole “open relationship” thing.. (NOT FOR US OF COURSE…I’M NOT DOWN WITH THAT..I DON’T BELIEVING IN SHARING!) Well…unless…..FORGET IT! (I’LL COME BACK TO THAT STATEMENT).”

Well, I don’t believe in sharing someone that I’m committed to and love…however, if the “relationship” between me and someone is only a “booty call”….then maybe I would care about sharing….

Notice: The keyword was “LOVE”. I believe that when you love someone and have a connection with them both spiritually and physically, you don’t have to bring in another person into the your circle because there is no circle, you are one! I once heard someone say..”I’m too much for one but not enough for two”. That is definitely my take on it.

When a person feels like you need to have an open relationship or need to bring in other partners, remember this, you are not enough for them! I don’t care how much they say that they love you and want to be with you. Hell, it’s hard enough dealing with just one other person, what makes you think a second person will help?

I honestly believe that the reason most people have lots of relationship problems is because one of the people in the relationship doesn’t want it. I strongly believe that if two people want to be in a relationship with one another…it will happen but they have to be committed to it and understand that every day is not fairytale…..Lauryn Hill once said, “Fairytale is what we want but reality is what we need” and although I know she was referring to something different than this topic, it relates in this instance.

So, I want to encourage you to examine your relationship…..And definitely let me know what you feel about open relationships…..I would love to hear your comments.

“Death and LIFE are in the power of the tongue”