The Tree Widow is written and directed by Alison Mills- Newman. It tells the story of a widow, who fights against her sexual cravings in an effort to teach Christian values to troubled women.

A little bit about Alison Mills Newman: She began acting professionally at the age of twelve. She has appeared on television shows such as, Mr. Novak, John Forsythe Show, The Love Boat, and Room 222. She became an original cast member of the historic television series, Julia starring Diahann Carroll, playing the babysitter Carol Derring and was an original cast member of The Leslie Uggams Show, playing Leslie's hip little sister Oletha, on a segment titled Sugarhill.Under the direction of Frank Silvera and alongside Maya Angelou and Beah Richards, she studied four years at the American Theatre of Being and has appeared on Broadway's Three Penny Opera.

In addition to her natural talent for acting, at the age twenty-two she sang with Ornette Coleman, Taj Mahal, Don Cherry, Weather Report and signed a major recording deal with A&M Records.

She is also the mother of a When We Speak TV favorite, singer/songwriter Leaf Newman. 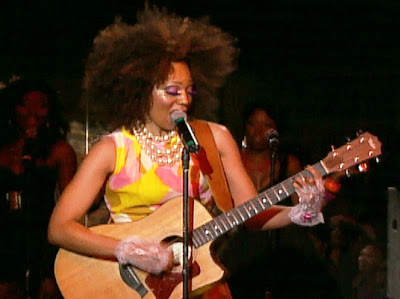 When We Speak TV wishes Alison Mills-Newman the best and looks forward to more great work!

Get a free Video Gallery at Webs.com